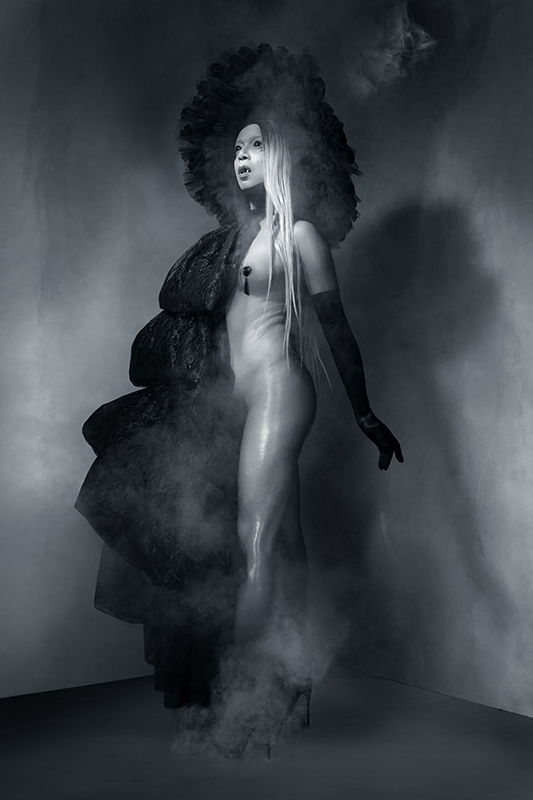 Isis Nominanda Cruz (she/her), is a trans femme performing artist born and raised in Rotterdam in 1978. As an artist, she has an alter ego named; “Lilith de Ville”.  Before her transition, Isis felt inspired by Lilith, a mythological female demonic figure. Isis read a lot about Lilith’s characteristics and was attracted to her powerful and unconventional identity. Lilith represented everything that Isis wasn’t in that moment, and confronted the dark side of Isis’s identity. During Isis’s transition, Lilith guided her through her spiritual journey.

The one and only.

The beginning and the end.

All at once, this is Lilith de Ville’s sweet farewell.

Running towards a glorious afterlife. Secure,

An ascension. Oh Mother of Mothers!

May your memory always be a blessing upon our queer heads.